Join us as we continue to develop a regional Hub and Spoke referral base for cerebrovascular/endovascular and skull base neurosurgery in our flagship hospital.

Currently we have a robust neurovascular and complex intracranial neurosurgery practice that continues to grow in our region. We are an AHA Primary Stroke Center Get with Guidelines Gold plus Honor Role awarded hospital and we are Comprehensive Stroke Center ready just waiting for you to join our practice.

As an employee of Baptist Health Medical Group, physicians will receive the following compensation and benefits -

Our Medical Group brings together all of the employed providers into one comprehensive, multispecialty network serving residents of Kentucky, Indiana and neighboring states. Backed by the health system of hospitals and led by experienced physicians who are distinguished in their fields, the group encompasses nearly 1,000 providers, including 610 physicians and more than 375 advanced practice clinicians. These professionals include primary care providers, as well as highly trained surgeons and specialists offering advanced treatments, technologies and care.

While many of the Medical Groups administrative functions are centralized, we recognize that healthcare is delivered on a very personal level. Therefore, the governing structure includes local leadership councils and operations staff in each of the systems three regions, Kentuckiana, East and West, to address each community’s unique needs. These councils work together to ensure that patients visiting one of our Medical Group providers can expect the same quality care at each of our practices and in each of our hospitals care that is appropriate, timely and centered on our valued patients.

Louisville is known as a city of originals, offering a balance of longstanding traditions and a progressive way of life. It is the largest city in the state and the 28th largest in the nation. Founded in 1778 by George Rogers Clark and named after King Louis XVI, Louisville lies along the Ohio River, near the Indiana border. The city is best known for the Kentucky Derby, the most popular event in horse racing and known as the most exciting two minutes in sports.

Noted as the world’s largest bourbon producer, Louisville is also known for culinary excellence. The city offers more than 2,500 restaurants, including a list of Louisville originals, and has been recognized by Saveur, Southern Living and Travel & Leisure.

While Louisville is famous for horse racing, the city offers a variety of other spectator sports. The 13,000-seat Slugger Field is home to the Louisville Bats, the Cincinnati Reds top minor league affiliate, and to Louisville City FC, the city’s professional soccer club. Valhalla Golf Club hosted the 1996, 2000 and 2014 PGA Championships. The city also is home to college athletics, at the University of Louisville, Bellarmine University and Spalding University, and boasts one of the best skate parks in the country, the Louisville Extreme Park.

Louisville has 122 parks that span more than 14,000 acres, including Waterfront Park on the banks of the Ohio River. The Louisville Loop will soon connect all the city’s parks by a paved walkway. 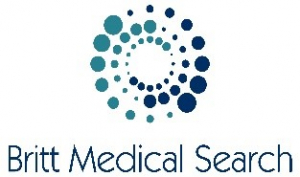 By applying you agree to our Terms of Service

A top performing Physician recruitment resource for Hospitals, Health Systems, and various specialty groups, BMS consistently delivers results for hundreds of job seeking Physicians and NP/PA candidates while equally benefiting our client's diverse and unique recruiting needs. Individual attention is the key to a positive job search experience- and we are the leaders at just that! Please...